Bayley To Return to EBWF After Prison Release (NNN Exclusive)

Bayley To Return to EBWF After Prison Release (NNN Exclusive)

"Tonight... we look at one of the creators of the new era of the Women's Evolution. One of the most decorative and controversial wrestlers in the business. We talk to Bayley who is being released from San Diego prison later this month due to a mistake made by the prosecution in the trial of Bayley. "


~We open on a shot of NATIONAL NEWS NETWORK reporter, Kirk Wonders sitting across from Bayley, who stares back at him with a toothpick in her mouth. 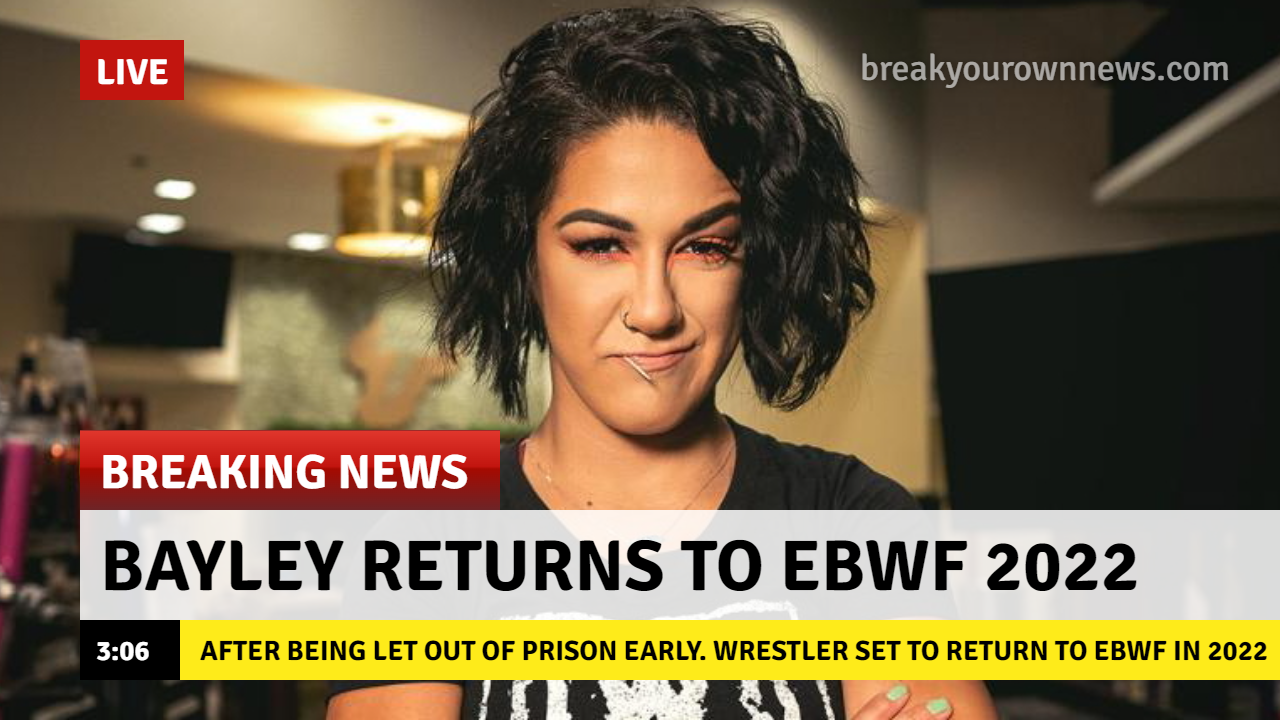 Kirk: Bayley, what was life like in Prison for you. The 6 months you spent in there? Was it hard?


Kirk: Do you feel EBWF and the Wrestling fans turned they're back on you?


Bayley: Oh yeah? No, I only REBUILT the Women's wrestling world ON MY BACK! the fans turned on me. If i am not huggin I am a truckin'... it's Crap, Kirk. And EBWF only rehired me back because I was FOUND INNOCENT after a DNA test went wrong and the family of the man I ran over with a car, intoxicated, can eat an egg. I am innocent, Kirk.

Kirk: Do you really believe it was an accident? And should you be released? Jury originally found you guilty in 16 accounts. If there wasn't a DNA misshape from the prosecution, you could've spent almost 10-20 years in Prison.


Kirk: According to court documents. You pointed to each member of the Jury and told them, and I quote "... *BLEEP* you, *BLEEP* you. EAT MY *BLEEP* YOU *BLEEP*ing stupid *BLEEP*ing *BLEEP* eaters. *BLEEP* you." Is... all this true?

Bayley: You can't handle the tooth...


Kirk: You did say Tooth though...


Kirk: Pretty sure you said tooth...


Kirk: Ok... are you an angry and violent woman, Bayley?


Kirk: But you weren't always alone. What about the 4 Horsewoman. Charlotte. Sasha and former EBWF Women's Champion, Becky Lynch. And what about Dakota? Dakota Kai...


Bayley: You know... screw those 3 horses. But... but... Dakota. She was my protégé. She listened. She learned so much from me. Sure I told the court and judge that she was involved. And she did only serve a few weeks. Which is kind of B.S. But i talked her into picking me up when I am released. She is a good friend.


Kirk: How long will your EBWF run go until you are arrested again for your temper and anger issues.


Bayley: OH! My run in EBWF will last for BLEEPing forever. I am going to run down everyone in the EBWF women's division. Make Becky bleed from her eyes. Make every other Woman that gets in my way bleed from their BLEEPing hearts. YOU PIECE OF BLEEP. BLEEP you! I am FREE! FREE! HAHAHA! DING DONG! DING DONG!! HAH
AHAAH!


Kirk Wonders Narrating "Is the EBWF safe from Bayley? Are the fans safe from the once huggable star. Only time will tell. This is Kirk Wonders from NNN.

~The scene ends with a shot of the prison gates opening. Bayley slowly walks out and gives the prison the middle fingers. She spots a beat up red Volkswagen . Dust blowing in the wind. Bayley drops her bags. Dakota Kai steps out of the car. She slowly walks up to Bayley with a pissed off look on her face. Bayley says nothing and just spreads her arms, waiting for Dakota to hug her. Dakota hesitates but smirks and gives Bayley a huge tight hug. The two rush to the car and drive off~