You can see from our credit that we aren't sure here who to credit with Rhea's image, but, before we get ahead of ourselves - let us discuss what has occurred over the past few months. WWE has recently went through the last PPV with Rhea Ripley where, by all accounts, she was proposed to leave with the Championship and continue with the Company. All of creative had banked on it as they were prepared to put a rocket to Ripley. It was imperative to WWE that this went over well as they have been building to this reign for quite a while and with Vince McMahon so heavily rumored to be stepping down from power and Stephanie McMahon taking hold of the company: Rhea's attendance was vital. Rhea, as a face of the division, was expected to be on board for the long haul. However, fans have seen over recent weeks very strange behavior from Ripley on air which continued even on PPV night behind the scenes.

Rhea, instead of signing, openly was in a screaming match with McMahon before being reported to "be done with her [expletive] company." Ripley's remarks didn't stop there as she offered to fight anyone McMahon wanted just as long as McMahon was willing to put their careers at risk. McMahon, in a rash decision, sent Rhea home allowing the contract to expire without any ability to recourse. Thankfully for the WWE, they were able to turn the tide and put on a pretty exciting show without Ripley. This is where things get even more whacky in the already crazy world of Professional Wrestling.

Immediately, within the hour of her contract expiring, Rhea Ripley was signed to the EBWF. Not only that, but Rhea also already had her name, branding, and licensing bought within copyright under the company. The dust hasn't settled yet on what this means, if Rhea can or will attend tomorrow night's Warfare - but we can talk about what we know. 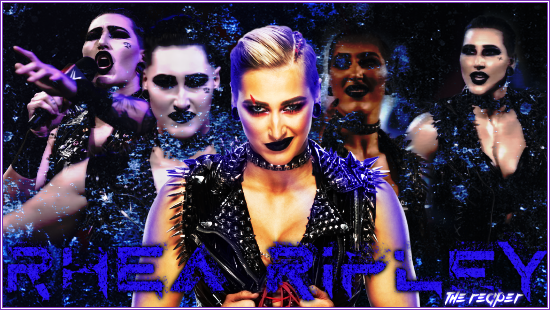