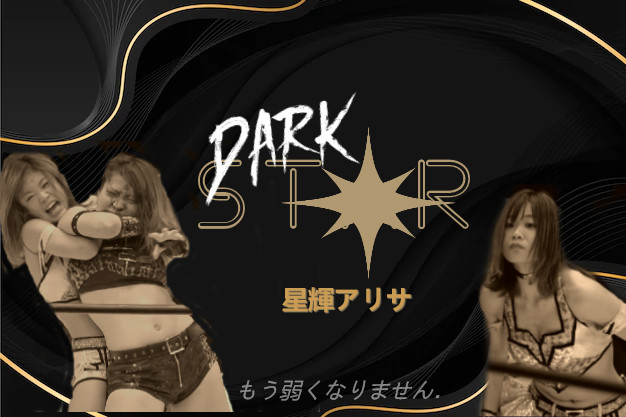 BACKSTORY
Arisa Hoshiki by her own words has always been a fighter. An amateur shoot boxing champion in high school, part of STARDOM's first training class, and a young woman full of potential for a bright future. After taking several years off to explore college, professional shoot boxing and music, Arisa returned to the ring for STARDOM in 2019. Her return saw a meteoric rise to prominence including victory in one of the most challenging tournaments in wrestling and toppling the then-youngest and most dominant Wonder of Stardom Champion in history. During her time as champion she had a memorable reign, as well as going from confused rival of Tam Nakano to Tam's best friend and tag team partner. It all came crashing down when a combination of in ring injuries an mental health struggles resulting from online hate mail and bullying forced her to retire.

Two years later, in 2022, she signed on to work as a Japan ambassador for EBWF and slowly returned to television screens. Embittered at how her career had turned out so far and pained by losing everything, Arisa thought she'd never wrestle again. Utami Hayashishita, a former bitter rival of hers, reached out an encouraged her to keep fighting and try to get cleared when the rest of the world told her it wasn't possible. After being cleared, she shockingly sided with Queen's Court and has her eyes set on making waves now that she's back in the ring. No matter what anyone thinks, she knows she's not weak anymore.