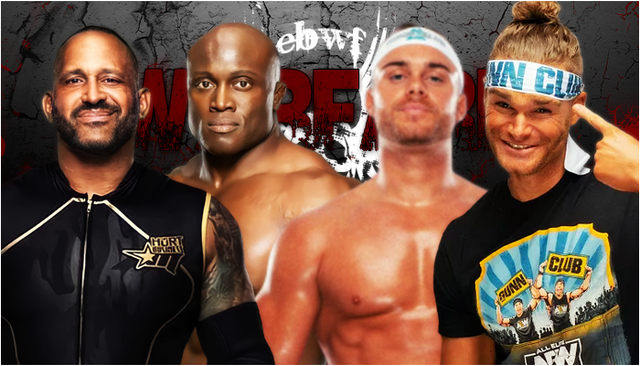 Pyro shot off in the Wells Fargo Arena as Warfare went live.

Mauro Ranallo: Good Evening ladies and gentlemen and welcome to Warfare! I am Mauro Ranallo, and my colleague Nigel and I are coming to you live from Des Moines, Iowa.

Nigel McGuinness: Than you, Mauro. After an unforgettable Fanniversary and last week’s electrifying Warfare Games, our journey to Christmas Eve of Destruction continues here tonight.

“Barrel of a Gun” by Depeche Mode hit, and the crowd cheered for Austin and Colten Gunn as they came to the ring. “Baller’s Anthem” hit next, and the EBWF Fans booed as MVP and Bobby Lashley made their way out to the ring. MVP gestured dismissively to the crowd and headed to the ring as Christy Hemme made the announcements. When she finished, the bell rang.

MVP crawled over to tag in Lashley. Austin wanted back in, and Colten made a show of tagging him in. Lashley hit a series of back elbows and forearm shots. Austin elevated off the corner and used his quickness to avoid MVP. MVP tried to catch Austin off guard but got knocked down. Before Austin could turn around Lashley knocked him down. Lashley slowed the pace. Lashley hit a body slam as MVP tagged in, and Lashley bulldogged MVP onto Austin. Lashley used MVP to hit Austin. MVP collapsed onto Austin for a two count.

Mauro Ranallo: Lashley is using MVP like a rag doll.

Nigel McGuinness: It nearly got the job done there.

MVP got an eye rake. He followde up with a series of right hands. Lashley tagged in and he and MVP sent Austin to the corner. Lashley whipped MVP onto Austin, and followed up with a corner splash. Lashley covered for a two count. Lashley raked Austin on the middle rope. Lashley hit a knee smash before MVP tagged in. Lashley followed through with a body slam and MVP continued with a drop down to a knee drop.

Nigel McGuinness: The sheer size of Lashley is putting The Gunn Club at a disadvantage.

Mauro Ranallo: Austin Gunn showing what he has left here.

Colten tagged in as he fired in lariats on MVP and Lashley. Colten hit corner splashes on them both. He quickly followed up with a Tilt-a-whirl slam on MVP then a dropkick on Lashley. Austin came into the ring, and Gunn Clubb went for 3:10 to Yuma, but MVP hung on the ropes and Bobby helped him cut them off. MVP fired in palm strikes, and Austin teetered back into Bobby, knocking him out of the ring. Austin grabbed MVP’s feet and gathered himself to hit Blockbuster.

On cue, Colten hit Colt 45, and hooked the leg.

Nigel McGuinness: And that’s a win for the Gunn Club.

The brothers had their hand raised as a Christmas Eve of Destruction preview began to play. 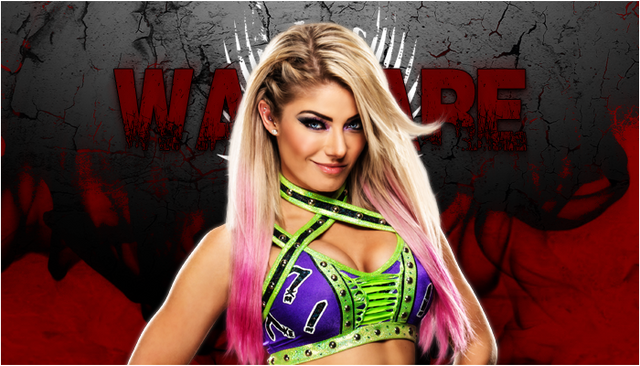 Backstage, Renee Young was standing by with Alexa Bliss who was wearing a Coalition T-shirt and black pants.

Renee Young: Alexa, last week you competed in a gauntlet match and almost won before losing to Natalya. What are your thoughts on last week's match?

Alexa Bliss: You're absolutely right, Renee, I almost went the distance but Natalya was the better woman that night.

Renee Young: One of your opponents in that match was Britt Baker who cost you the number one contender spot against Leva Bates at Fanniversary. Was last week’s victory over her the end?

Alexa Bliss: No Renee, it's not over. I want to get my hands on Britt on the night of destruction so I'm challenging her to a match at Christmas Eve of Destruction.

As Alexa finished her statement The Dudley Boyz walked into view.

Bubba Ray Dudley: First of all, we want to say that you put up a great fight last week and proved to everyone in the back and everyone watching at home that you belong here.

D-Von Dudley: Second of all, almost two months ago you made us an offer to join The Coalition and we needed to think about it and we've made our decision.

Alexa shook hands with The Dudleys as Warfare went to commercial break. 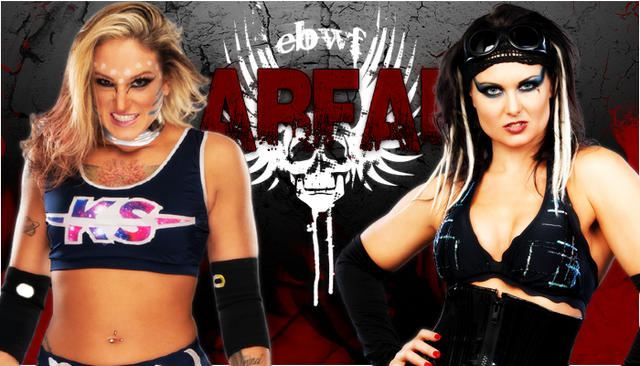 When EBWF returned from commercial we joined Mauro and Nigel at the desk.

Mauro Ranallo: Winter is in action against Kris Statlander next, and Winter has had a hellacious couple of weeks.

Nigel McGuinness: Well, the Queen of Hell turned on her friend Becky Lynch, and Becky is out for revenge.

Mauro Ranallo: Let’s see if we can get through this matchup without any shenanigans, Nigel!

Both women came to the ring, with loud boos for Winter who did not acknowledge the crowd. The bell rang. Winter got taken down by Statlander to start the match and was using her size to her advantage in the opening moments. Statlander got a series of cartwheels before Winter started taking elbows and escaped to the outside. When Kris moved to get back in, Winter hit a huge draping DDT for a two count.

Winter hit Statlander before Kris turns the tide and hit a huge crossbody. Statlander headed to the top and ate a boot from Winter for a two count.

Nigel McGuinness: That move didn’t pay off for Statlander.

Mauro Ranallo: No! No good.

Statlander kept Winter on the mat with a side headlock, and they traded off pinning combinations. They battled to their feet, until Winter got the upper hand and hit a flying headscissors. Winter ducked a boot, but Statlander planted her to the mat with a flapjack. Statlander popped Winter up into a torture rack, then dumped her on her face for 2. Statlander missed a cartwheel elbow in the corner, then Winter caught her with a tornado DDT for 2. Statlander went with a running kneestrikem but Winter dodged and hit the uranage backbreaker.

Nigel McGuinness: What a showing for Kris Statlander, but Winter is victorious here tonight.

EBWF went to commercial while Winter had her hand raised in victory. 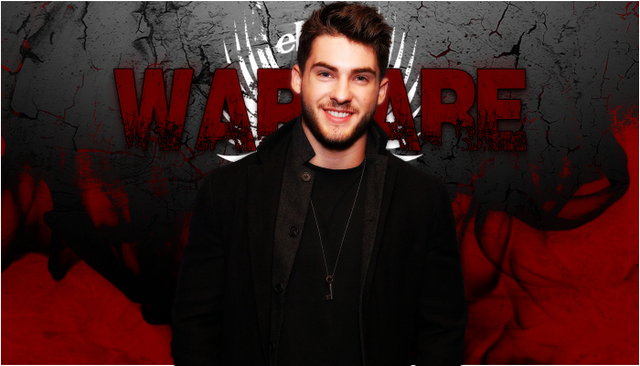 The crowd inside the arena cheered as the screen lit up showing the backstage area. Blaine Ikeda was pictured sitting on top of some audio equipment. He swung his feet a little bit, and ran his hand over the midsection of his EBWF branded t-shirt before finally looking into the camera.

Blaine Ikeda: Two weeks ago, AJ Styles graced us with his presence at Fanniversary. And he did what AJ does best, didn’t he? Came out. Made us cheer. Made us laugh. Made us boo. Made us mad… and what?

Blaine chuckled to himself.

Blaine Ikeda: He’s led us on, didn’t he? Acting like he wanted a match, but that’s not what he wants. Because if that was what he wanted we’d be hearing from him last week, tonight? AJ doesn’t really want to face my dad. He doesn’t really want to face me. No, AJ wants to collect his check. AJ wants to trend on Twitter and then not thing about showing up in EBWF anymore.

He shook his head.

Blaine shook his head again, disappointed, before sliding off the crate and walking off. 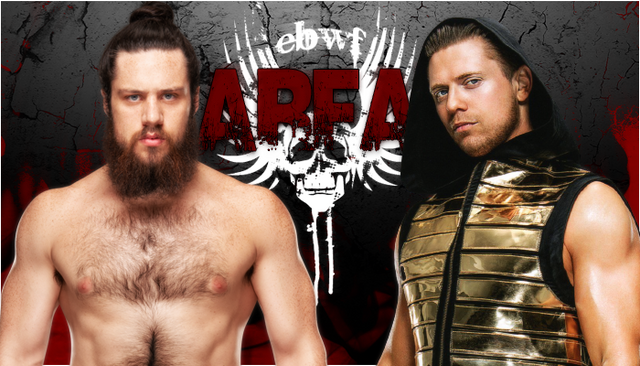 Nigel McGuinness: AJ Styles is a busy man, Mauro! He can’t be bothered to wrestle a child!

Cameron Grimes made his way to the ring to a mixed reaction from the crowd, which turned to straight boos when “I Came to Play” hit and The Miz made his way out to the ring with the World Championship on his shoulder.

Mauro Ranallo: The Miz has aligned himself with Paul Heyman, but Heyman is nowhere to be found tonight.

Nigel McGuinness: The Miz is the EBWF World Champion! He has a new business associate, Mauro, but that doesn’t mean that Miz needs him out here at every moment! Miz is a completely capable superstar. The champion, Mauro! Remember that.

Once both men were in the ring, the bell rang and Cameron Grimes rolled through with a series of pinfall attempts early. Miz avoided an early Cave In attempt and rolled to the ropes quickly. Miz got a knee up on Grimes. Grimes hit a backslide pinfall for two. Grimes dropped a quick elbow. Miz dumped Grimes to the outside and distracted the referee. Miz attempted a dropkick through the ropes, but Grimes moved out of the way and jumped back inside the ring.

Mauro Ranallo: Grimes trying to keep up the pace here.
Grimes threw rights at Miz in the corner. Miz hit the inverted DDT and neckbreaker combo on Grimes. Miz catapulted Grimes into the second rope. Miz landed big stomps to Grimes near the corner. Miz hit the running dropkick in the corner and followed it up with his corner clothesline. Miz went up to the top rope. Grimes countered. Miz splashed the corner and missed. Grimes bounced the Miz’s face off the corner repeatedly. Grimes hit a corner clothesline and running bulldog combo. Grimes droped an elbow to the neck of Miz, went back up and dropped a flying elbow over Miz and covered for a two count.

Grimes hit a DDT on Miz for another two count. Grimes got his elbow up in the corner and caught Miz with both boots. Grimes went up top for a moonsault and connected. Miz barely kicked out.

Nigel McGuinness: Miz is getting frustrated.

Miz drove Grimes head first into the second turnbuckle. Miz landed chest kicks to Grimes. Grimes was back up and connected with the Cave In! Miz rolled under the bottom rope to avoid the pinfall. Grimes hit Miz with a delayed vertical suplex. Miz snapped him off the top rope. Miz came off the top rope, but Grimes dropkicked him in the face for a near fall. Undeterred, Miz quickly turned him inside out with a knee to the midsection. Miz hit the ropes, but Grimes military pressed him and dropped him down. Grimes went for a standing moonsault, but Miz got the knees up for a near fall. Miz then applied a body scissor, but Grimes fought out and dropkicked him down. Grimes kicked him in the head and clotheslined him down before kipping up. Grimes hit an enzuigiri for a yet another near fall.

Mauro Ranallo: Miz will not stay down!

Miz flipped through a back suplex and went for a his patented clothesline, but Grimes countered into a suplex. Miz kicked him in the knee and went for a Skull Crushing Finale, but Grimes rolled him up for another two count. Miz countered a slingshot and crotched him on the top rope. Grimes stumbled out, and Miz hit him with the SCF for the win.

Miz looked rather smug as he snatched up his championship from the timekeeper and held it above his head.

Nigel McGuinness: A hard fought battle, but a victory for the Champion.

Mauro Ranallo: What hell will this reign of Miz wrought?

A closeup of Miz peering out at the audience faded to black as EBWF went off the air.

Writers aren't exactly people. They're a whole bunch of people. Trying to be one person.
The only living, breathing, Queen of Efeds in captivity
"You can't blame a writer for what the characters say." - Truman Capote
Top
1 post • Page 1 of 1